Thoughts on Linux, why and how to get started 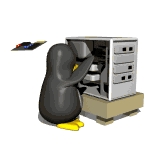 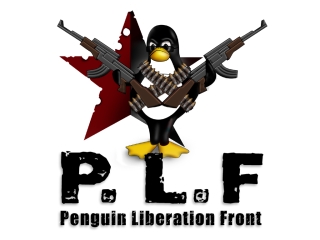 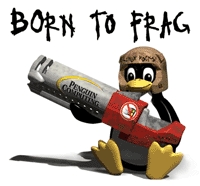 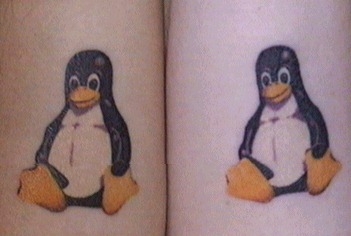 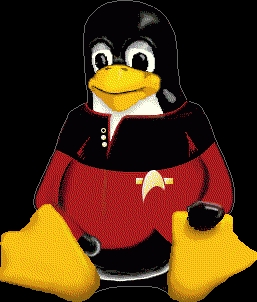 I was compelled to write this article and the update below it because of my research into Linux.

I am writing this on WORD, the irony of it all. Meanwhile I crank House of Pain's "Same as it ever was" and Chumba's "Pass it along".

Anyway, last night I just started surfing Linux related sites, and I could not stop. I kept reading, smiling, laughing and reading some more. After hours of this I had made up my mind to try my best to switch to Linux.

It has been quite a long time since I got so excited about computers, not since I was introduced to Napster and Kazaa Lite. Linux and it's possibilities and many advantages sound simply amazing. I used to not understand when people got all teary eyed about things like "beautiful code". After reading about the descriptions of Linux and the experiences of newbies I am beginning to relate.

Along with a million nerds and geeks before me I have found a new hero and his name is Linus Torvalds. Even today he remains uncorrupted and involved despite the overwhelming odds. In nerd speak, he is what Luke Skywalker was to the Emperor. His Linux (and everything it has spawned) may well bring down Bill Gates' Evil Empire and eventually open the entire world to cheap, benevolent, and truly worthwhile computing.

The sense of community and shared ideals is that is to be found among Linux users is as inspiring as any social movement I have the privilege to become a part of. I hope I can somehow give something back. This little page is a small start.

Contrary to some pervasive propaganda Linux at present appears to me very inviting for newbies. This is mostly due to the many well written and exhaustive FAQs, newbie guides and great distributions. Anyone who knows how to use a search engine and is motivated can find all the information he needs to get going. Still just to get you started here is a good one:

Especially their sections;
0.1 Fundamentally, Why Linux?
0.2 Is Linux for me?
0.4 What are the benefits of Linux?
0.6 What are the differences between Linux and MS Windows?
0.14 Linux is a cult

make for some remarkable and eye-opening reading.

As of this writing I have not yet made the switch although I plan to do so very soon. I can't wait for the CDs to arrive so I can install Mandrake 9.1. I ordered them from the site www.munnikes.nl for E 8 including postage and by all accounts they should be here very soon.

I then intend to run Windows 2000 and Linux side by side on two separate partitions for a short while. From what I've read I am pretty certain I will remove windows within half a year.

What will I lose?
Playing games will be harder and at times perhaps impossible but I rarely play them anyway. Also there is some nice games for Linux.

What do I hope to gain?

Stability, Speed, FREEDOM! I know I should have almost no problems in doing the essential things on my machine. In my case these are: surfing the internet, word processing, image manipulation, web building/publishing and mailing.

I will of course update and let you know how I fared.

Well Linux Mandrake 9.1 has been on my system for nearly two weeks. I think it is great. So far it does appear very stable, fast and infinitely more flexible (especially the Graphic User Interface) than any operating system i ever used before. It was very easy and fast to install and almost all of the configuration was done for you.

There is one downer though. My sound is not good yet. I think this is due to the fact that my hardware is fairly new and not properly supported by the slightly older Mandrake 9.1. This problem will most likely be solved within a two weeks or so. During that time i will either:

In both cases it is likely that my hardware will be supported just fine.

Another small gripe is a small bug in the installation procedure. The installer seemed to hang now and then (i installed about five times just to try out different things and learn) at one of the last sections. If this happens all you have to do is reboot and choose "upgrade/update" instead of install when prompted. This will mean you don't have do redo all the steps and you will install the missing parts in about 2 minutes.

I would recommend that you customise which packages/programs are installed by manually choosing them. you might want more games, different language support etc. The installer explains very well what exactly it is about to install.

Another very important thing to do i think is to print out the Mandrake 9.0 installation  guide found at.
http://www.skylagoon.com/private/lav/mdk.htm

I found the section on sizing your partitions and the file systems especially helpfull.

For the time being i am having all my old convenience (i still have Windoze installed) but also get to learn and have fun with Linux. I am very impressed with the "Free(dom" or Open Source software that came with Mandrake. If anything they seem better than their windows counterparts. There seems to be true cross compatibility with Word and Excel formats which means i can use all my old files without a hitch. It would appear there is almost no commercial and bloated, slow windows application for which there isn't a better -in terms of speed and stability- Open Source Linux counterpart. Acrobat Reader, Winamp, P2P, Word, Excel, Photoshop, 3D studio you name it and the Open Source community has probably provided a "better" alternative.

My excitement is such that i hope to -in time- learn the basics of the command prompt (this is the bare bones operating system/kernel, a bit like MS-DOG) since this will give me more understanding of, and power over, my system. Another wish i have is to eventually do something more back for the Linux community. I owe them a debt of gratitude, they have been great about trying to give me technical support in the various forums.

I have not yet dabbled in networking but from all accounts Linux is especially excellent in this area (which explains why most servers in the world run Linux).

I would recommend anyone to give Linux a whirl. If you are willing to invest a little time and energy i am almost sure you won't regret it.

If you live in the Netherlands (and perhaps the neighbouring countries too)i HIGHLY recommend ordering your distribution from the aforementioned www.munnikes.nl.

I am extremely impressed with this guy's prices, speed, sincerity, dedication and service, he the man.
If you
Home